Excerpt: The Anger of Saintly Men by Anubha Yadav

HomeBlog With SidebarExcerptsExcerpt: The Anger of Saintly Men by Anubha Yadav 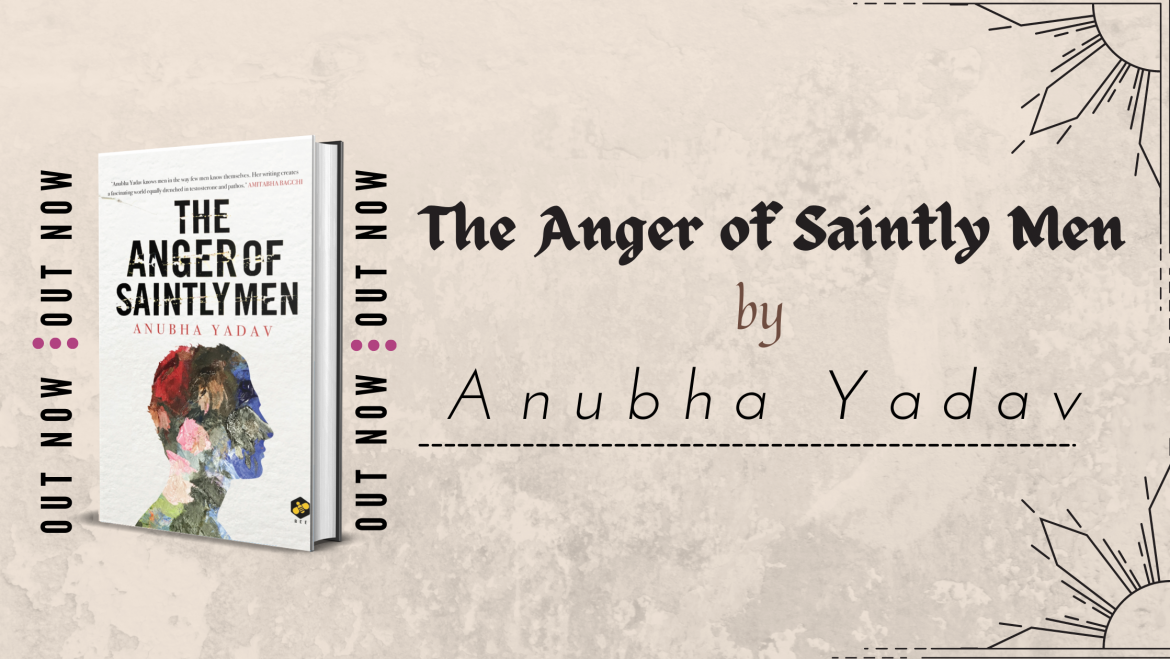 By the time Nitin Malik entered school, the news had spread. The chorus of whispers steadily became louder. “Chakkar,” repeated the boys as they stood under the neem tree, at the paanwala, near the broken parapet of the school gate. The word spliced the air as it rode on young excited tongues. It hopped. It ran. It bubbled with the tea leaves at the local tea stand, swirled with the grey rings exhaled from Red & White packets.

The frantic pace of preparation for the final board exams at the Government Boys Senior Secondary School, Kadipur paused. Even the boys of the science stream forgot restraint. That day the groups outside the school gate slowly buzzed to life again and grew in size, drawing strength from the juicy flower that had come their way, breaking the monotony of their sober daily schedules.

Malik’s father was having an affair.

Malik stood with his friends Saurabh and Tokas in a shaky show of brotherly support in the school corridor, his legs crossed in casual denial. Their heads were held unusually high; their bodies posed to look relaxed. They chatted loudly, perhaps a notch higher than usual. They held ground, hoping Malik would come up with a quick plan to salvage the situation. Hoping Malik would stop looking so miserable. He was the fearless Jat of the group. Their group of three only got respect because of Malik and his ways.

That is when PapaCoolNeeraj howled, “Malik, oye, when can we meet Aunty?”

Heads turned. Everyone stared at Malik, expecting a brawl or at least a befitting answer, but instead Nitin Malik started crying. Not softly but an uncontrolled bawling that led the boys near the neem tree, the chai wala, the school gate and the paanwala to burst out in whistles and loud cheers. Now everyone was certain that Malik’s father was having an affair.

That morning, Malik, Tokas and Saurabh bunked school and walked to their adda, Banta Point. The other two waited for Malik to say something. The new crop of hair that formed a patchy beard on his face and chin was still visibly moist from the crying. His lips were pursed together as he marched in silence, eyes cast down, avoiding Tokas and Saurabh.

On some days, sitting there, the trio gave away their fathers for adoption to the worst ones in their class. They chuckled as they imagined wild scenarios of what would happen.

“Me, a bad seed? Bhai, they don’t know what’s a bad seed,” said Tokas with confidence.

Their favourite was PapaCoolNeeraj who had fatally stabbed his father in a fight.

He ran with his father’s sword in his hand from one end of their small DDA bedroom to the other. His father stood at the other end, with his arms in the ready position like a goalkeeper, his eyes on the tip of the sword, his torso leaning forward, challenging his son to go for it as he shuffled from one foot to the other, “Yes, yes, come, come, kill me, death would be better than having you as a son, mujhe maar de,” he howled.

PapaCoolNeeraj pointed the tip of the sword and ran like a javelin player. Before anyone or even PapaCoolNeeraj himself realised, the sword had deposited itself safely in his father’s big belly, piercing the belly button as if he was aiming for it. His father gasped in pain and collapsed on the floor. He gawked at PapaCoolNeeraj for a few seconds and then his eyes closed.

Terrified, PapaCoolNeeraj tightened his grip on the hilt of the sword, as if leaving it would mean he had abandoned his father to die. He put his father’s head on his lap and tried to hug him, one hand clutching the sword embedded in his father’s stomach while he encircled his father’s shoulder in a tight embrace with the other. Someone called an ambulance.

PapaCoolNeeraj continued to hold his father till help arrived, “Please don’t die Papa. Papa, please don’t die. I love you, Papa,” he pleaded to his father’s motionless body. At some point PapaCoolNeeraj laid his father’s head gently on the floor, stood up and tried to pull the sword out of his father’s stomach, like he could undo it. Everyone at school learnt that if you put a sword inside your father never try to pull it out unless you really wish to kill him.