HomeBlog With SidebarBEE BooksBook Review – The Aunt Who... 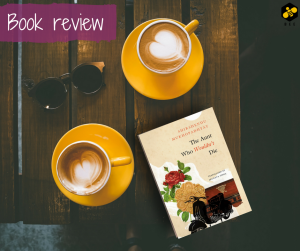 Bee Books’ newest offering, the English translation of Shirshendu Mukhopadhyay’s Goynar Baksho is aptly titled The Aunt Who Wouldn’t Die. It is an encomium to the spirit of women. The tale spans across three generations and weaves together stories of survival and grit. But nowhere one finds the gloominess of day-to-day battles overshadowing the effervescence of the women. They find ways to exert their authority, at times even surpassing the men of the family, who seem merely to loaf about. The novel begins with Somlata and as fate would have it, it is up to her to restore the fast declining fortunes of her husband’s family. Her husband, Chakor Mitra Chowdhury, is caught up like the other male members of the family, in that mouldy maze of feudal pride which makes him abhor work and earn a living. Somlata, encouraged by a rare sorority between her and her mother-in-law, is quick enough to realise that the family ship needs an able hand.And so begins a lively chapter in Somlata’s life where one can see her using every trick in the book to bring her husband out of the inertia that spelled doom for many an aristocratic household. She becomes the agent of change for people around her.

For readers Somlata’s experience is made credible by the sparkling prose of Arunava Sinha. The quick plot movements in the original Bengali rendition could be seen to find adept transformation through Sinha’s able handling of the various shades of Bengali life and culture. Hence, the narrative never loses its tautness. Neither the storyis allowed to meander into nooks and crannies where the uninitiated reader may find it difficult to comprehend the subtleties of an antiquated lifestyle and its cloistered desires. The translator admirably conquers this feat, and it is nowhere more apparent than in the portrayal of Roshomoyee, the aunt of the title. Refusing to let go of her hoard of jewellery even after her death, this mordant spirit, took togetting her revenge against a world that denied her all the happiness of youth. Sinha’s evocation of Roshomoyee in all its anarchic mischievousness only puts in sharp relief the unhappiness that lies within a barren heart. This sombre realisation finds its true recipient in Boshon, Somlata’s daughter, and according to many Roshomoyee’s incarnation. Boshon is a feisty soul, and believes that the world could survive without men. It seems, as if, in her has been chiselled into shape, a clarity of purpose which the previous generations of women were found lacking. We come to realise this, albeit with a tinge of fear, when she provokes the widow Sreemoyee to set her in-laws’ house on fire and be free.

The Aunt Who Wouldn’t Die is a romance, and to a comparable degree it is a travel into history as well. The theme binding the two is a search for freedom.