A Woman Scorned by Parashuram 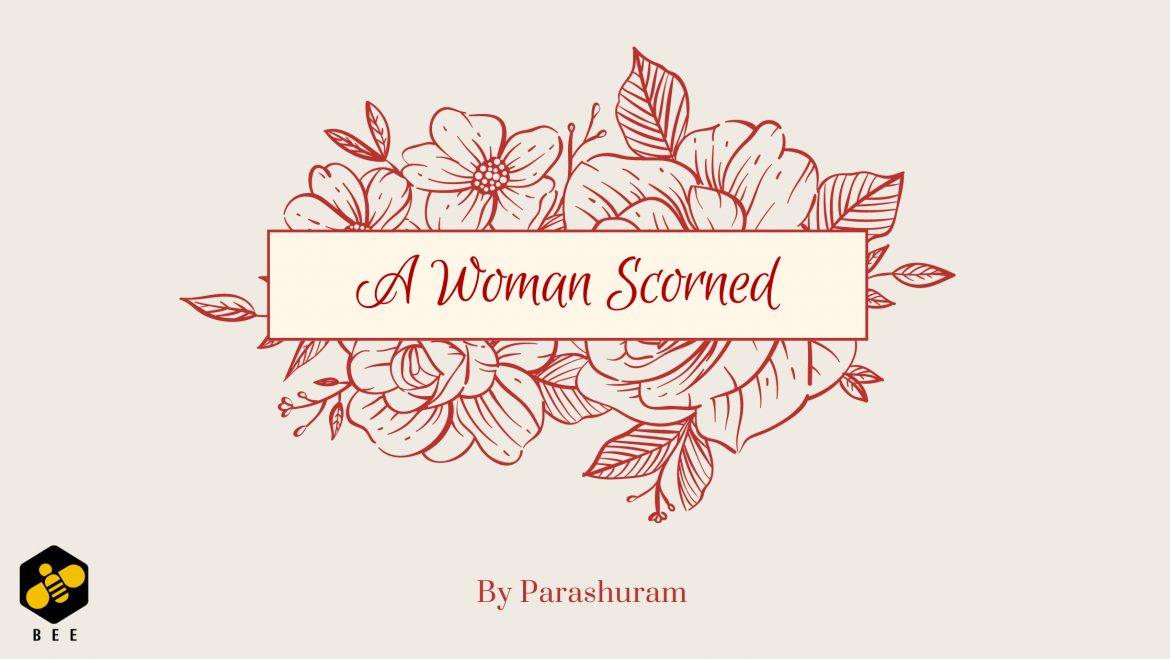 March 27, 2021 Short Story Comments - 0 Views - 426
No. 3, Rhododendron Road, Ballygunge. It was raining torrentially. Garima Ganguly was seated near the piano in the drawing room in all her glory, while Chatak Roy occupied the armchair flashily opposite her. The room was largely devoid of furniture, for orders had been issued for Garima’s father to be transferred to Dhaka, most of their effects had already been packed and despatched.
This particular young man named Chatak was as wealthy as he was honey-tongued, deferential and obedient, not even the sharpest of pinches could elicit the proverbial peep out of him – he was what you would call a ladies’ man. And why should he not wear that mantle, for had he not spent five whole years in Ol’ Blighty studying nothing but etiquette? So suitable a boy was hard to come by today. Garima’s parents wished to see their daughters betrothed before they departed the city, which was why, on the eve of their journey, they had afforded the would-be couple the opportunity for a lovers’ tete-a-tete while they retired to the first floor to await pleasant tidings.
But the sparks did not fly. Having completed her rendition of fifteen-and-odd songs, Garima announced for the third time, ‘We leave tomorrow.’
‘I see,’ declared Chatak.
Woe, was this to be the response to the farewell message! Garima could not summon words to her lips. ‘Should I sing the Bhutanese ghazal?’ she enquired.
‘I think not, I should be going.’
‘How can you go now, let the rain stop.’
Chatak fidgeted in silence on his chair. A minute or two later, he said, ‘I’d better be off.’
In vain had the poet written, ‘On such a day can he be told…’ mused Garima. Was this rainswept evening to go in vain? What was wrong with Chatak? Why did he wish to flee? What was the cause of this anxiety, this restlessness, on his part? Garima’s hypnotic powers were unable to hold him back today. That fish-faced Meni Mitra had not snared Chatak, had she? It was eminently possible, she was such a brazen hussy. Swallowing the sobs rising in her throat, Garima said, ‘Stay a while longer.’
But Chatak did not stay. Leaping out of his chair, he said, ‘No, I simply must go now. Good night.’
Chatak’s car roared, penetrating the relentless pitter-patter of the raindrops. He left – went away without saying what he was supposed to have – beep, beep – far away, very far.
Preparing to weep, Garima allowed the bough of her slender frame to slump into the chair left vacant by Chatak. And leapt up at once. A terrible truth was revealed suddenly. Poor Chatak.
The chair was swarming with bed bugs.
Share: