5 Books That Should Never Have Been Made Into Movies

HomeBlog With SidebarUncategorized5 Books That Should Never Have Been Made Into...
October 10, 2018 Uncategorized Comments - 0 Views - 6443

It’s often the fate of beautiful books to cross the predatory sight of filmmakers and get produced into movies. However, what happens when such beautiful books end-up turning out to be unfulfilling films? Or even worse, not-so-beautiful books get made into money-making mass-appeal movies?

I am going to write about uncalled & undeserving movie-destinies of a few such books – ones that wooed the readers enough for them to keep their dilapidating copies close to their hearts and ones that didn’t even make it to their nightstands. 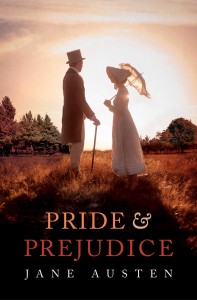 Pride & Prejudice – Every romantic’s inspiration and every filmmaker’s quick-buck is this book. Throw in some beautiful girls, a strong actress for Lizzy, a swoon-worthy actor as Darcy and garnish with some sprinkles of Victorian landscape & English society balls and voilà – you get Jane Austen’s Pride & Prejudice! Like most readers, this book made me fall for romance as a genre. Soon after I read the book the first time, I happened to chance into the 1995 production of Pride & Prejudice and unsurprisingly, I liked the movie and nursed some mush for Colin Firth’s representation of Darcy. But in a few years, I stumbled upon 2 more movie adaptations and the last straw was Gurinder Chadha’s production of the book with Bride & Prejudice. As per Google, there are 4 movie adaptations and one BBC show version of this book (with the latter being the most critically appreciated). My discomfort with movie adaptations of this book is not per se with any of these movies (that’s wrong; I do have a lot of discomfort with the shameless Punjabification of the book in Bride & Prejudice and the ice-princess-personification of Lizzy by Aishwarya). But the bigger discomfort is the book being treated as an easy trampoline to garnering audience & TRPs. Filmmakers need to understand that this book is an emotion for a lot of us readers; we have grown-up romancing Darcy and worshipping Lizzy for her early induction of us girls into feminism. This book deserves respect. So please, leave it alone and go write your own scripts for easy blockbusters! 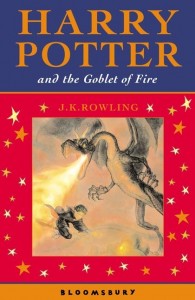 Harry Potter & The Goblet of Fire – Like the previous book in my list, the Harry Potter series is a strong emotion for me and a billion other people on this planet. When we all turned eleven, we waited by our windows for an owl to swoop-in with our Hogwarts admission letter. That’s the relationship we share with these books and if moviemakers are translating them into motion pictures, we expect them to reflect that emotion. To be fair, Warner Bros have conjured some beautiful movies & visuals in the Harry Potter films. I quite enjoyed watching them all and I cannot now read the books without thinking of Daniel, Emma & Rupert miming the dialogues in my head. However, the fact is that the movies only had half of the books in them. In fact, some movies were literally a precis-writing homework for the scriptwriter. I chose this book specifically because this is the turning point of the series. Dark things happen, servant joins the master, the first death of an adored character and the Dark Lord rises. The movie is a beautiful visual commentary of the key events, popping-in some key characters, some beautiful visual effects at each of the three tasks and the introduction of Ralph Fiennes as Lord Voldemort. But what did it miss you ask? The intriguing mystery of Barty Crouch (Sr & Jr), Winky, SPEW, vile Rita Skeeter, Harry’s connection with Dark Lord and much more. It is understandable when the book is with such depth & richness; but how has diluting a book ever floored a reader? How about a TV series the next time like the Game of Thrones? 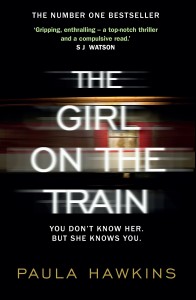 Girl On The Train – This book by Paula Hawkins is a gripping thriller that has enough ingredients to keep the reader up till dawn before she finishes it. The movie has Emily Blunt playing the alcoholic & depression-addled Rachel. While in the book, the broken characterization of Rachel and her frictional relationships with everyone else makes you doubt & pity her at the same time, the movie gets stuck in a rut of her alcohol abuse & obsession. The book had the right mix of grey tension and pace. However, the movie delved a lot in building the tension & greyness without catching up with the pace and eventually, ended with a sudden gush of suspense reveal. As a result, there seemed to be a subtle desperation in the movie to match-up to the Academy nominee movie Gone Girl, which was also a rendition of another psychological thriller by the same name. So you ask why shouldn’t Girl On the Train has been made into a movie? The answer is, if you cannot do justice to the plot and the inherent character of a book of this genre just to make it award-nominee-worthy, you shouldn’t make it at all. 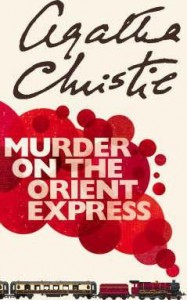 Murder on the Orient Express – What is it about trains and suspense thrillers? This book by Agatha Christie is one of her best works and my personal-favourite too. There have been two movie versions of this book – one produced in 1974 (which I haven’t seen) and one in 2017 (which is the one I’m writing about). This movie has some of the best actors from the industry – Kenneth Branagh, Johnny Depp, Judy Dench and the list is long. Branagh as Hercule Poirot is entertaining, humorous and a decent fit. In fact, most characters had fitting representations on screen. However, that’s where the good part ends. The biggest issue with the movie was the superficial nature of flitting scenes, that seemed to do a “check” on all key aspects of the plot. The movie lacked the congruence of the characters with the storyline, had key missing elements (including the scarlet kimono) and most importantly, had a very patchy deduction of the mystery. The big challenge in making movies with multiple characters is to seamlessly thread them all into the plot; this movie failed that challenge and most importantly, failed to narrate the suspense in the way Christie did. Why would one do that to a book that deserves to be in the Classics section of the library! 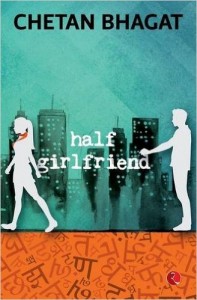 Half Girlfriend – The reason this book is in this list is because it was so disappointing in pages, that glamorizing it on the reel is an even bigger mistake. My grudge with the book is the vilification of the female lead, where she is portrayed to be the bad person because she shrugs the advances of a boy who she is friends with. My grudge with this book is the hero-imaging of the male lead, who is portrayed as a lovestruck puppy & victim of heartbreak just because he is a “son-of-the-soil” Hindi-speaking romeo. A lot of what is wrong with the society today is driven by the mindset represented in this book. I respect Chetan Bhagat because his style of democratic writing drove a large part of the country to start reading. The Five Point Someone, till today, happens to be one of the most sold books in the country. But as someone who influences the youth and advocates feminism himself, it is hypocrisy to glorify such characters. And for a book of this kind to be made into a movie (courtesy Ekta & mommy Kapoor, because they haven’t injected enough misogynistic venom in the society), it is a bigger worry because Bollywood has a larger footprint than print.

So that is a mini-rant and the pain of a reader about injustice to books she likes and doesn’t. I am sure there are many more on screen & in shelves who have met similar destinies and all we can do right now is hope, that we will be happy to see the manifestation of what we read on screen someday.